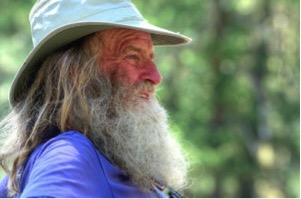 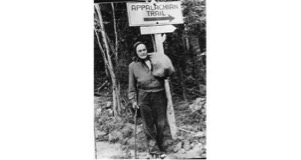 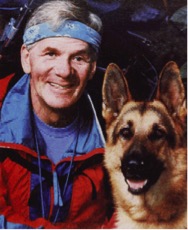 Everyone by now has heard that Dan Berrigan, that great Jesuit and peace activist, has died. What an incredible and inspiring life! He was close friends with people like Dorothy Day and Thomas Merton and a friend and supporter of countless peace and justice activists. People who prayed and people who marched; and people who did both looked to him as a voice of sanity, faith, hope, and above all as the voice of the Real. He had the clear eye and the unfettered mind of a true spiritual person, and more than that he was empowered with gifts that enabled him to name our collective illusions. Thousands showed up at his funeral; and I am sure that many had their own insights about this remarkable Jesuit and the meaning of his life, but as usual I found the thoughts of Chris Hedges to be most helpful in grasping this moment. Here is the link to his eulogy of Berrigan:

I won’t be discussing his essay here, but I would like to extract from that essay two pieces of Berrigan writing that Hedges used in his essay. These are so significant for our time that they must be repeated again and again. The first one he wrote after he was arrested for the burning of draftboard files of young men who were slated to go to Vietnam—a kind of prose poem. His little group was accused even by many Catholics of being agents of disorder and disrespect for the law. Here is Berrigan’s reply:

“Our apologies good friends
for the fracture of good order the burning of paper
instead of children the angering of the orderlies
in the front parlor of the charnel house
We could not so help us God do otherwise
For we are sick at heart
Our hearts give us no rest for thinking of the Land of Burning Children …
We say: Killing is disorder
life and gentleness and community and unselfishness
is the only order we recognize …
How long must the world’s resources
be raped in the service of legalized murder?
When at what point will you say no to this war?
We have chosen to say
with the gift of our liberty
if necessary our lives:
the violence stops here
the death stops here
the suppression of the truth stops here
this war stops here …”

Then he had these acerbic words for all his fellow Catholics and fellow Christians who were “moderates” in the pursuit of justice and peace (the Obama-Clinton vision of “gradualism,” and “compromise”). Berrigan was totally dismayed when almost no one protested the Iraq wars, when practically all of America’s leaders voted for the war, when torture was condoned, when no one even now tries to break the spell that has been cast over us called “the war on terror.” Things that would have been considered illegal and unconstitutional decades ago are now easily accepted….as long as we get our little piece of the American Dream and live comfy lives:

“I think of the good, decent, peace-loving people I have known by the thousands, and I wonder. How many of them are so afflicted with the wasting disease of normalcy that, even as they declare for the peace, their hands reach out with an instinctive spasm … in the direction of their comforts, their home, their security, their income, their future, their plans—that five-year plan of studies, that ten-year plan of professional status, that twenty-year plan of family growth and unity, that fifty-year plan of decent life and honorable natural demise. ‘Of course, let us have the peace,’ we cry, ‘but at the same time let us have normalcy, let us lose nothing, let our lives stand intact, let us know neither prison nor ill repute nor disruption of ties.’ And because we must encompass this and protect that, and because at all costs—at all costs—our hopes must march on schedule, and because it is unheard of that in the name of peace a sword should fall, disjoining that fine and cunning web that our lives have woven, because it is unheard of that good men should suffer injustice or families be sundered or good repute be lost—because of this we cry peace and cry peace, and there is no peace. There is no peace because there are no peacemakers. There are no makers of peace because the making of peace is at least as costly as the making of war—at least as exigent, at least as disruptive, at least as liable to bring disgrace and prison and death in its wake.”

Berrigan is certainly not a “holy card” picture of a holy man, not even recognizable by most church-going people as a holy man; but holiness is never an abstraction that occurs somewhere in empty space. It is a manifestation of the Divine Reality within a concrete historical and social situation. I can’t think of a better model for holiness in our times than Fr. Dan Berrigan, S.J. Ad Majorem Dei Gloriam!